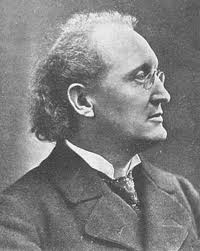 A mix of musicians will present a free concert in honor of Fredericksburg-born composer  Frank Valentin van der Stucken, on Friday, March 22, at 7:30 p.m. at St. Joseph’s Halle in Fredericksburg.

Arion Maennerchor and the Hermann Sons Mixed Choir, under the direction of Mark Hierholzer, will perform selections from the traditional German repertoire.

The Fredericksburg Community Orchestra, under the direction of Theresa Britt, will play:

Dr. Wolz is an authority on the German composer’s life, and will be available to answer questions during the reception following the program.

Van der Stucken, who was born in Fredericksburg in 1858, led the “Sangerbund” movement, training singers in the tradition of German male choruses. He also was a champion of contemporary American composers, conducting the first concert devoted exclusively to them.